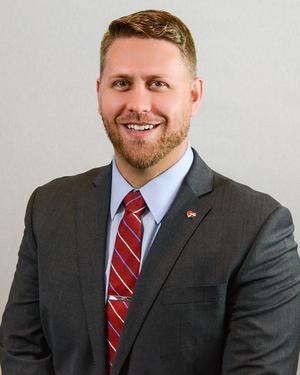 Michael was born and raised in Jackson, MS. Michael joined the MS Army National Guard in 2005 and graduated from the Army Infantry School and Airborne Course. Soon thereafter, Michael completed the Special Operations Preparatory Course, Special Forces Assessment and Selection, and then attended the Special Forces Qualification Course. In 2010, Michael set his sights on his next big challenge, obtaining his college education. He attended Wake Technical Community College before moving to WNC and enrolling as a Philosophy and Spanish double major at UNC Asheville. In October of 2012, Michael married his sweetheart, Vicky, on the third anniversary of the day that they met. Michael graduated Magna Cum Laude in 2014. Upon graduation, Michael was hired by Mission Health where he served as an Account Supervisor, Communication in Healthcare Facilitator, Privacy Specialist, and Physician Office Supervisor. Michael and Vicky welcomed their first son, Oliver, in 2016.